Taking On The Spine Race

What is the spine race?

The Spine Race is a 268 mile, non-stop 7-day ultra-marathon, it is widely regarded as one of the world’s toughest endurance races. The event sees athletes challenge themselves to the limit in a route encompassing the entire length of the Pennine Way. Runners passed through the Peak District, the Cheviots, the Yorkshire Dales and finished on the Scottish borders.

During the race, competitors must carry a mandatory kit which includes items ranging from a sleeping bag to ice spikes. This means a racer can stop at any time to eat, sleep or rest along the side of the trail. However, during the Spine Race the clock never stops running; racers must find the balance between moving and resting/ recovering. Find out more about the Spine Race here.

Antonio completed the race in an amazing 138 hours and 48 minutes, finishing in 23rd place in the men’s category. An incredible achievement – the entire Palintest team could not be more proud of you. After the race, we caught up with Antonio to find out more about his experience. 1. How did you first get into long-distance running?

Previously I was a very keen cyclist, hiker and rock climber but got out of action because of a shoulder operation in 2015. During recovering, the only sport I could do was running so I started to jog to keep fit. I then heard of a race called ‘Lakes in a Day’. It starts in Caldbeck, in the north of the lakes, and finishes in Cartmel, in the south. The race intrigued me, and I love the Lake District, so I entered. I had almost a year to get prepared, researching nutrition and training. I finished the race and I loved it so much that I started to focus mainly on ultra running. I do 3-4 events a year from 50 to 100miles, always in national parks and running on trails. I hate road running!

2. What made you want to take part in the spine race?

The Spine race is probably the most iconic race in the UK – 268 miles non-stop with very little support. During the race I carried a backpack containing a sleeping bag, mat and bivvy bag, a stove, plenty of spare clothes and food. Along the way there are only 5 checkpoints where you can sleep, eat and change clothes. You can also call into cafes and restaurants – if you catch them open! On top of that the race is held in the middle of winter when the weather is most unpredictable and the nights are longer…

Most UK trail and fell runners spend the second week of January looking at the tracker and wondering if one day they will be brave enough to attempt it. I completed the shorter version of the race in 2019 (The Spine Challenger, 108 miles) and that gave me confidence that I could complete the full race. I thought very long about it because I knew what a massive commitment it was, and in July 2019 I registered. 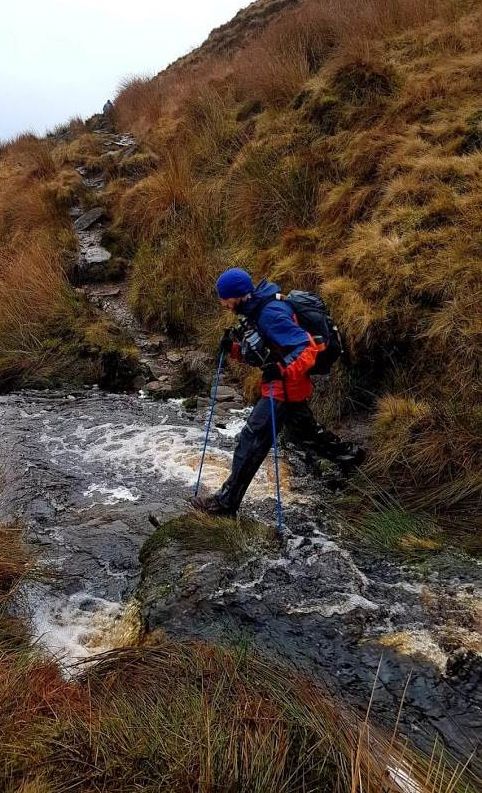 3. How did you train for the race?

I followed a training plan that included speed sessions, strength training and long days in the hills carrying a backpack. I did most of my training during my commute to and from work. During longer training sessions I tried to spend time in the Pennine Way learning the route.

4. How would you describe your overall experience of the race?

I had a fantastic time despite the horrendous weather on the first 3 days. The camaraderie of the other runners and the volunteers at the checkpoints make this event special.

5. What was the most difficult part of the race?

I only got about 2 hours sleep per day, so sleep deprivation was terrible. Sometimes I would fall asleep whilst walking. When I was in a group, we even made brain teaser games to keep ourselves awake.

6. What is your highlight from the race?

I was climbing across fell in the northern Pennines at night with lots of snow and strong winds, and I came down to Greg’s hut (a refuge) where some volunteers were cooking spicy noodles.

The second was people in small towns following our trackers and offering us cups of tea as we passed through.

7. Do you have any advice for anyone wanting to take part in spine race in the future?

It’s definitely not a beginners ultra, so I would recommend completing several races first – in winter if possible. You could do the summer events to get used to the distance, but the weather is milder and daylight hours are longer. I also spent a long time talking to previous competitors and reading their blogs.

8. Can you tell us more about the charity you are raising money for?

It’s called The People’s Kitchen in Newcastle and it provides food and support to homeless and vulnerable people in Newcastle. They are entirely run by volunteers and are amazing. I have always been very concerned about the amount of homeless people in our city and I thought that the Spine Race was a perfect opportunity to raise some money for them.

9. What has been the reception from your friends, family and colleagues?

My family and friends think that I am mad for doing events like this – so they were not too surprised about it. During the event lots of people followed my dot in the tracker and sent me lots of messages of encouragement. I rarely checked my phone during the race and when I finished it was like a landslide of messages. Coming back to work after the race has been amazing! I found out that they organised a raffle to fundraise for the Peoples Kitchen and the company has made a very generous donation. Everyone is congratulating me and I get a bit emotional sometimes!

10. Can you sum up your experience of the race in 5 words?

11. Anything else you want to add

From the entire Palintest team, we’d like to say a huge well done to Antonio – we’re incredibly proud of you. Follow this link to Antonio’s Just Giving page if you would like to donate. Find out how more about The People’s Kitchen or how you can support them here. 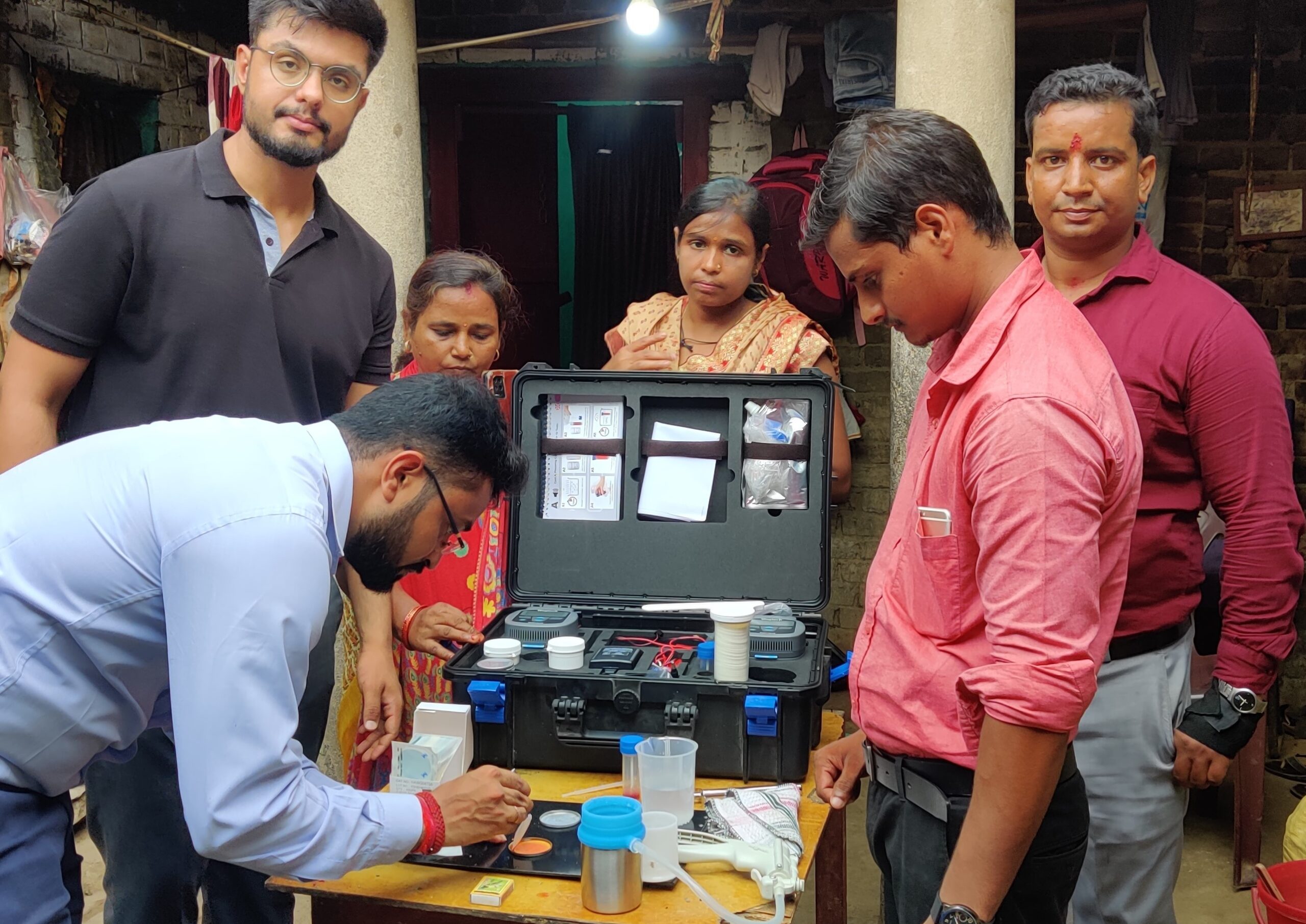 In summer, Product Manager for our Wagtech product range, Shaurya Sheoran, visited a WaterAid field site in India to discuss the current challenges on water quality faced by rural parts of India and how our kits are helping them achieve their mission of providing safe drinking water. 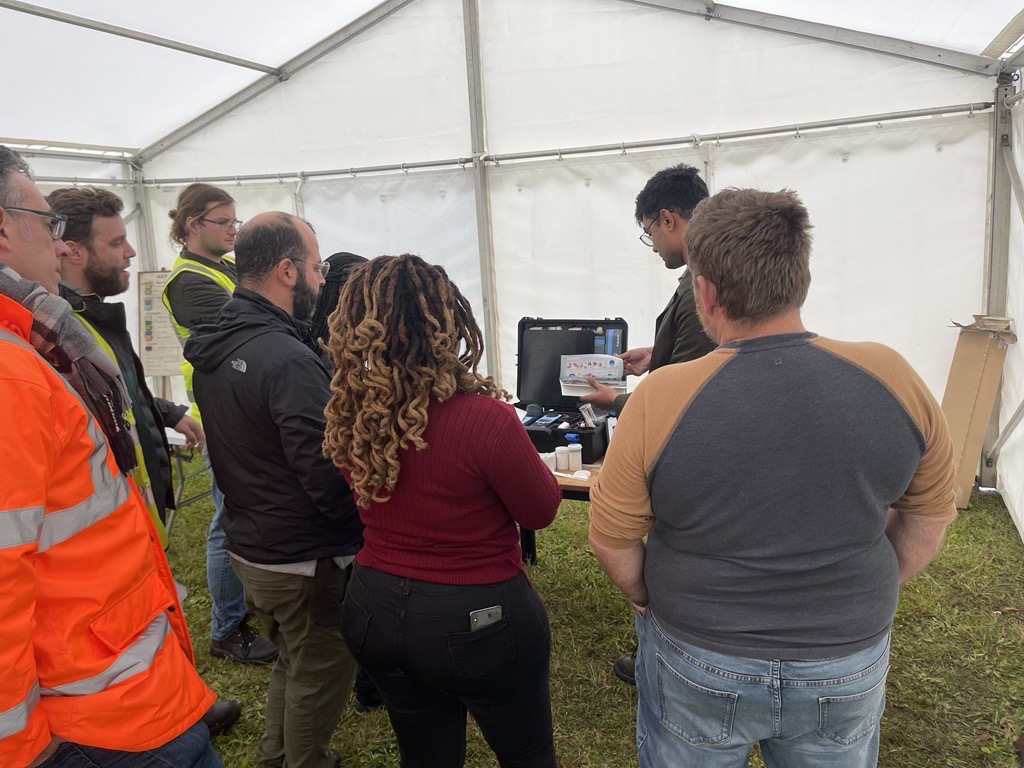 Last month we closed our offices globally for one day to allow our employees some well-deserved rest. Our designated wellbeing day took place on 7th October 2022 and was day off work for all Palintest employees to relax and recharge in whatever way they felt appropriate. We have received some great stories of how our employees chose to spend this extra time away from the business to relax and focus on their physical, mental, and emotional state.