Testing For Lead in Drinking Water

Most water treatment works have effective processes for removing lead from source water to below safe levels.

In both Flint and Hong Kong, the lead was not present in the water leaving the treatment works but entered the stream as it travelled to users’ homes – through lead distribution pipes in Flint and high lead content soldering in Hong Kong.

Whilst the source of lead may be different, the root causes are the same: cutting corners to cut costs. In Hong Kong, the use of cheap, poorly regulated construction contractors resulted in pipes being soldered with material that contained up to 500 times the safe limit of lead.

In Flint, a change of water source and lack of proper treatment caused the phosphate lining of the lead distribution pipes to erode, exposing the water to a lead source.

These issues were compounded with a lack of proper testing that made it impossible to take the right action early on. Inevitably, the lead from both sources leached into the drinking water, taking it past safe drinking limits by orders of magnitude. 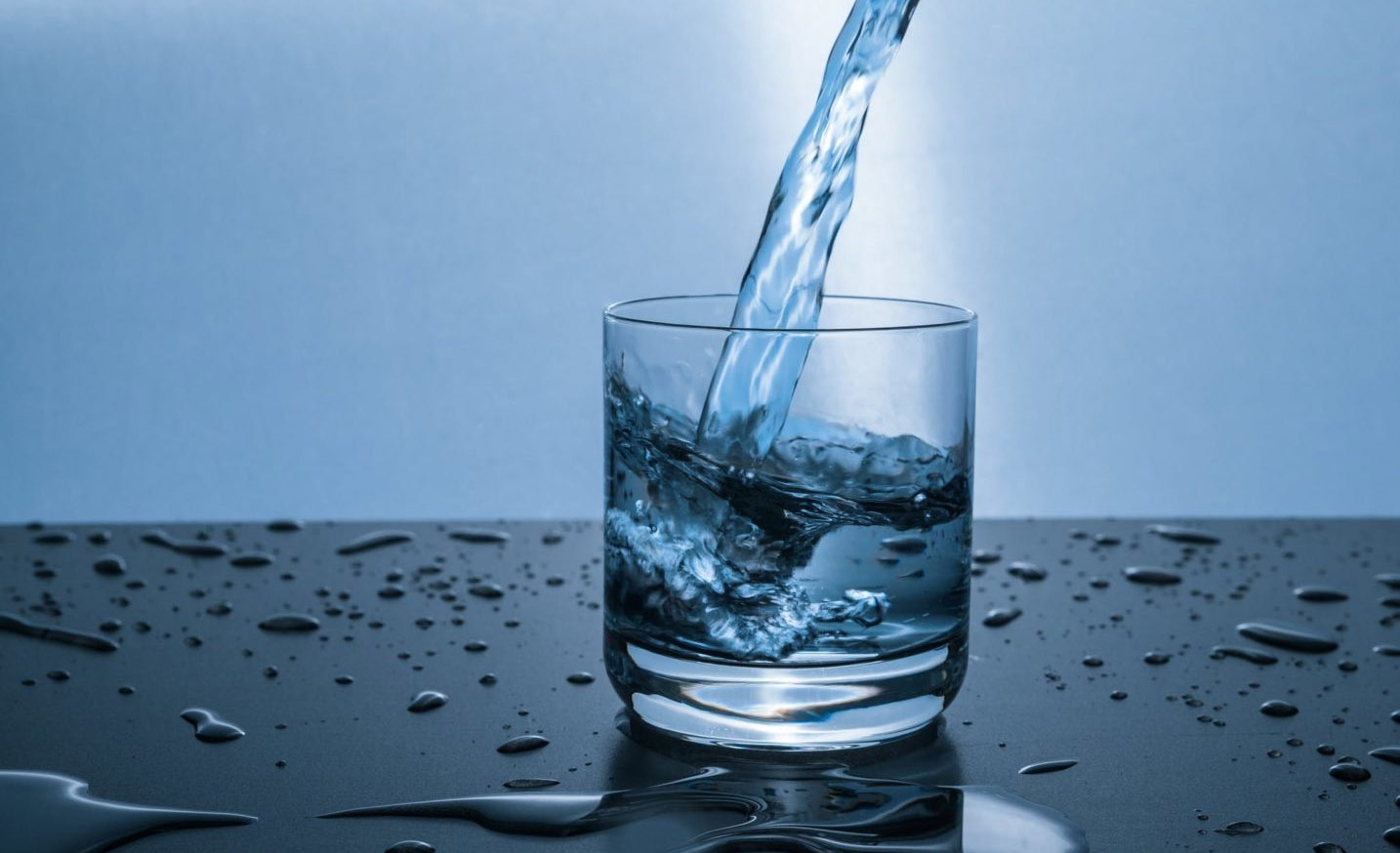 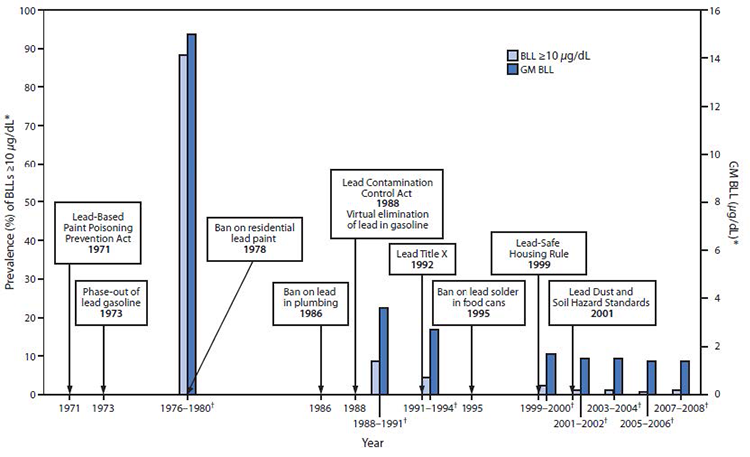 Background to lead in water

Lead is a pervasive environmental contaminant. The adverse health effects of lead exposure in children and adults are well documented, and no safe blood lead level in children has been identified. Lead can be ingested from various sources, including lead paint and house dust contaminated by lead paint, as well as soil, drinking water, and food. In 2004, 143,000 deaths and a loss of almost 9 million disease-adjusted life years were attributed to lead exposure worldwide, primarily from lead-associated adult cardiovascular disease and mild intellectual disability in children. As children absorb lead more readily than adults and represent approximately 80% of the disease impact attributed to lead, policies and actions within the United States have focused on the younger population.

Beginning in the 1970s, lead concentrations in air, drinking water, food, dust and soil began to be substantially reduced, resulting in significantly reduced blood lead levels (BLLs) in children throughout the United States. As a result of the overall reduction of lead in the environment, there was an estimated decrease in BLLs of around 15 μg/dL (150 μg/litre) and a related estimated economic benefit of $110–$300 million in earnings for children born after 1976 who were not exposed to high levels of lead. A recent cost-benefit analysis suggested that for every dollar spent to reduce lead hazards, $17–$220 is saved. This cost-benefit ratio compares favourably to that of other public health interventions such as vaccines.

However, many homes still contain drinking water service lines made from lead as well as fittings containing lead. Adequate corrosion control reduces the leaching of lead plumbing components into drinking water and the majority of public water utilities are in compliance with the Safe Drinking Water Act Lead and Copper Rule (LCR) of 1991, which has set an action level for lead of 15 μg/litre.

Since 1991, tap water lead levels in the United States have substantially decreased. However, conditions still exist that could allow children to be exposed to water lead levels greater than 15 μg/litre. Drinking water from systems with lead service lines that do not have optimised corrosion control may not be in compliance with LCR and even systems with lead service lines that are in compliance can still expose children to lead levels greater than 15 μg/litre because the LCR permits up to 10% of sampled homes to exceed the action level of 15 μg/litre.

Water from systems that serve less than 25 persons and water from private drinking water wells is not regulated under the Safe Drinking Water Act, so are not routinely tested for lead. As a consequence, it is estimated that around 40–45 million people in the United States drink water that is not subject to the LCR regulations.

Changes in water treatment and disinfection practices can also substantially undermine lead corrosion control. In the mid-1990s, the District of Columbia (DC) water utility used free chlorine to decrease coliform bacteria in water. When free chlorine was replaced with monochloramine because of carcinogen concerns, the drinking water became more corrosive and susceptible to lead leaching, producing elevated levels of lead in tap water. Only when measures to reduce corrosivity, using orthophosphates, were employed did lead levels reduce.

The continuing occurrence of elevated lead levels, from various sources, has highlighted the need for comprehensive monitoring of drinking water from the perspective of the end user, along with effective strategies when the action level has been exceeded.

Although the Environmental Protection Agency (EPA) has the primary responsibility for ensuring the safety of drinking water, state and local childhood lead poisoning prevention programs are important partners in ensuring that the public is protected from lead exposure.

Testing for Lead in Water

Low cost options such as test strips only provide a basic level of screening capability. They are often advertised as being suitable for measuring below the EPA ‘action limit’ of 15 μg/L, although this level is however, for the 90th percentile of a series of results. The goal for the maximum contaminant level of lead, as set by the EPA, is actually 0, and the WHO guideline value is less than 10 μg/L. Test strips, by their design and mode of operation, are unlikely to provide a suitable level of precision when testing at such levels.

This, therefore, puts pressure on laboratories in both regions to process samples as quickly as possible and on those collecting the samples. Being able to prove that tampering hasn’t occurred in the sample transport is also a growing concern among residents.

The high cost of laboratory testing and the sample bottlenecks do little to abate state finances or concerned residents. 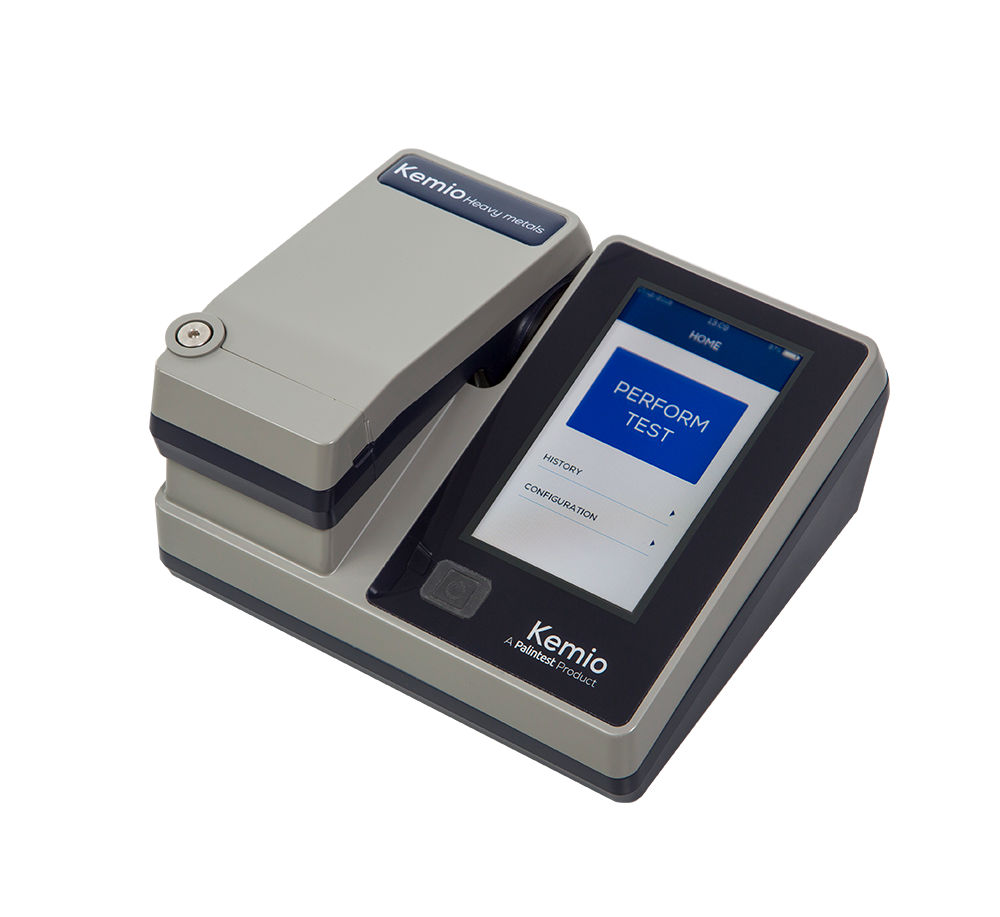 To overcome the issues of laboratory testing, both the Hong Kong Government and the US EPA have turned to our sensor technology – the only portable US EPA approved method for lead analysis.

Palintest sensor technology allows for cost-effective screening of multiple drinking water sites; it provides reliable water results in 3 minutes. The test is not affected by samples which are coloured, turbid or contain floating particles. Results are automatically stored, for a complete, auditable dataset. The method uses a technology called anodic stripping voltammetry (ASV) and brings advanced electrochemical techniques to an easy-to-use, portable instrument.

Although it could be many months before life begins to return to normal for residents in affected areas during contamination events, having access to the right data at the right time will demonstrate understanding, clarity, and most importantly, progress.

Canadian lead regulations and how to comply 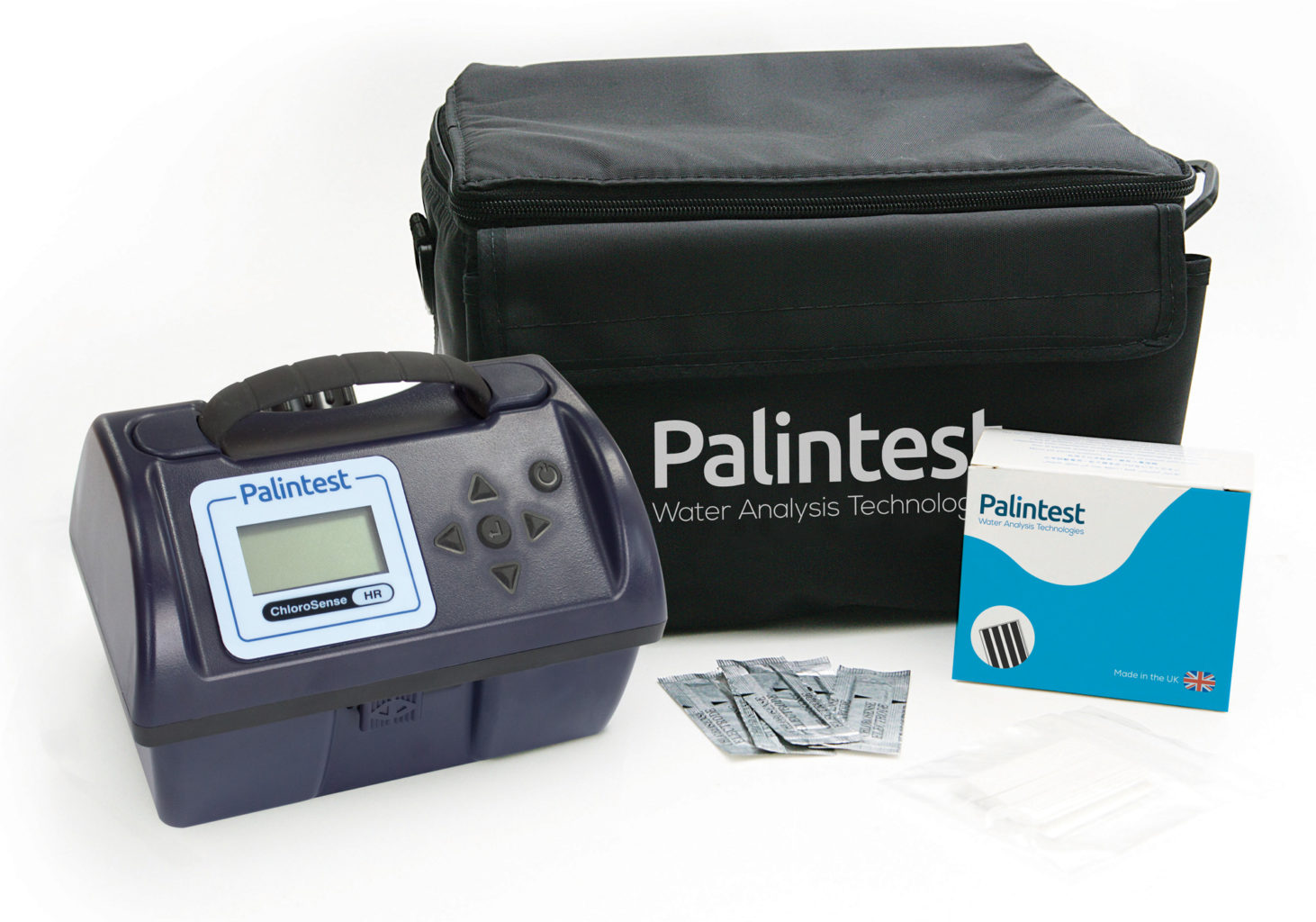 At Palintest, we are committed to continual product development, ensuring that we deliver the best technologies to help safeguard water for everyone, every day. 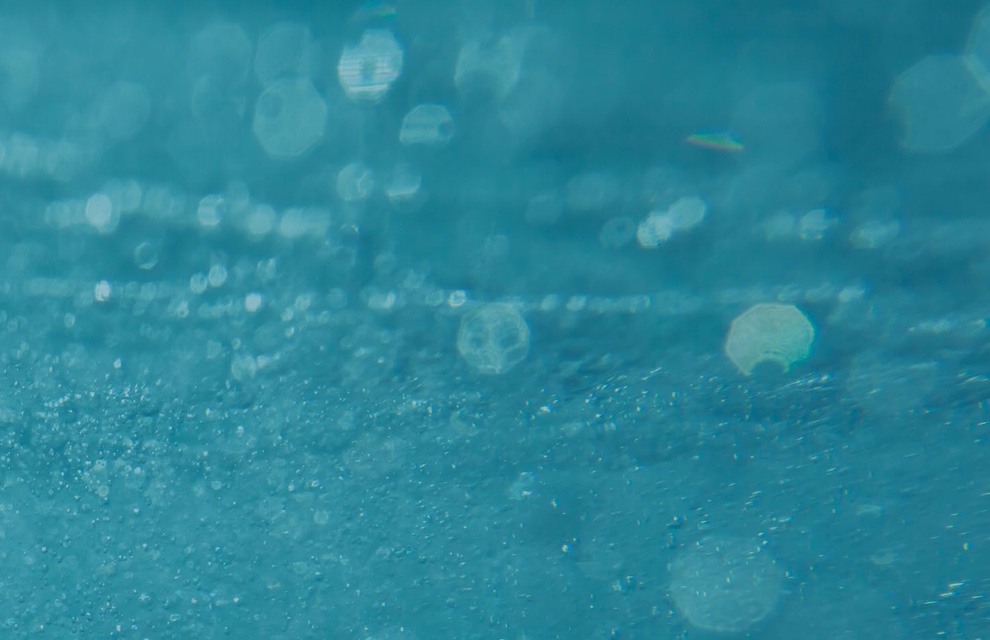 How to test salt water pools

Here we provide an overview of salt water pool chlorine generators; what they are, why they used, and what the implications are for water testing. 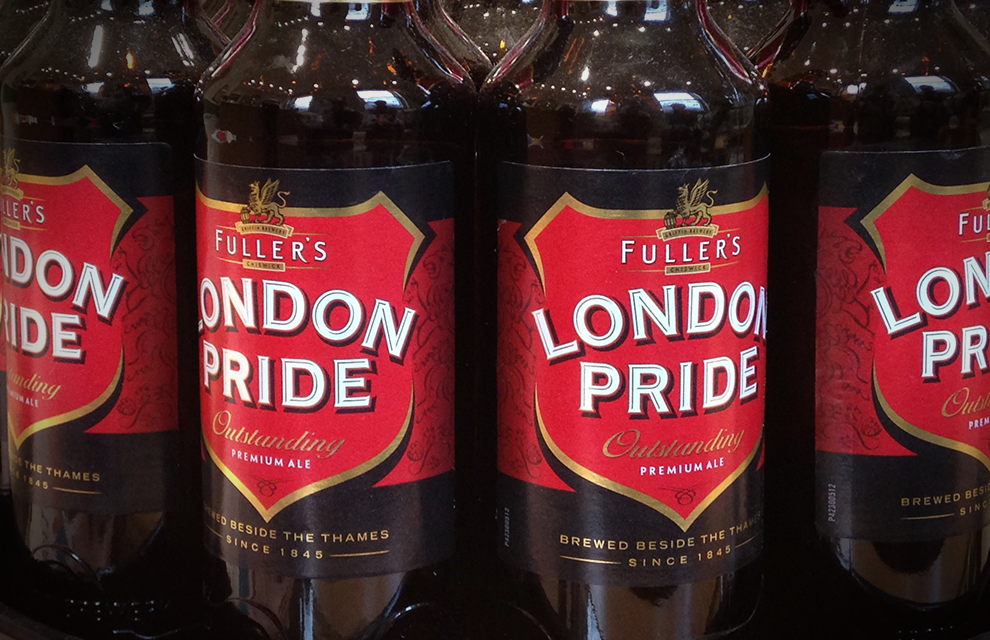 Brewing up success with sensor technology

Fuller’s have been brewing some of Britain’s most popular beers since 1845. Producing over 70,000 litres of beer every day comes with significant water management challenges.