Lead is a heavy metal often found as an ion dissolved in water. Any metallic chemical element with a high density that is toxic in low concentrations is known as a heavy metal. Lead can be released into drinking water systems through leaching from the pipework.

Highly toxic to humans, and in particular children, exposure to lead in water over an extended period can cause serious health issues.

Testing for lead in drinking water is important because of the health risks associated with lead once it enters the body, especially in children and pregnant mothers. Drinking water contaminated with even a small amount of lead over a long period of time can be toxic. Lead is not removed from the body and so small amounts build up and are stored in bones and major organs. This process is known as bioaccumulation and can lead to symptoms including convulsions, hearing loss, inhibition of growth and, in more serious cases, organ failure and death.

Where would you find lead contamination?

Lead can be found be found in a wide range of environments, with contamination caused by a variety of industrial activities including mining,  manufacturing and recycling processes. Lead can also be found in types of paint and fuel so careful manufacturing and handing of these materials must be obeyed to ensure it does not contaminate critical water sources.

Historically, lead piping was used for water distribution networks, but after the discovery of the serious health risks, all new piping was made of copper and other lead-free metals. The process of replacing old lead piping with lead-free alternatives is an ongoing project globally.

The presence of lead in drinking water is usually a result of the historic use of lead piping in the water distribution system or household plumbing. The use of lead for these purposes has been prohibited since the 1970s in the UK. However, recent high-profile examples of lead contamination in Hong Kong and Michigan, USA have highlighted a continuous need for lead monitoring in drinking water networks.

Lead is less often found in hard water areas, as the scale that forms around the inside of the pipes protects the lead from dissolving and contaminating the water. However, in areas of soft water there is greater risk of lead piping causing lead pollution in the water.

The DWI and WHO state the consent limit for lead in drinking water is 10 µg/L. The US EPA have an action level of 15 µg/L in more than 10% of customer taps sampled. Find out more about the US EPA Lead and Copper Rule here.

The Palintest USA team visited Canada to train 250 people on how to use our Kemio™ Heavy Metals to identify drinking water contaminated with lead in local schools. Kemio will detect lead contamination in 3 minutes, enabling schools to immediately close off any affected supplies. This will help protect the lives of thousands of children, read the full article here.

Industrial and consumer waste contributes to the presence of lead in a water supply. Lead usage in industrial processes such as ceramics production or production of PVC can lead to lead contamination in wastewater.  The WFD states that the average dissolved concentration of lead in surface waters is 7.2 µg/L, a maximum allowable concentration has not been set.

Lead in food and beverage

Prepared food has a small but significant lead content, which is increased when water used in processing or cooking contains lead too. Water used in the preparation of food should follow the DWI consent limit for lead in water and have a maximum concentration of 10 µg/L.

The risk of lead poisoning due to contamination in water is increased significantly for dialysis patients as they are exposed to such large volumes of water. Because of this, the consent limit is much lower than drinking water. The consent limit for lead in dialysis fluid is 5 µg/L according to ISO 23500:2019. 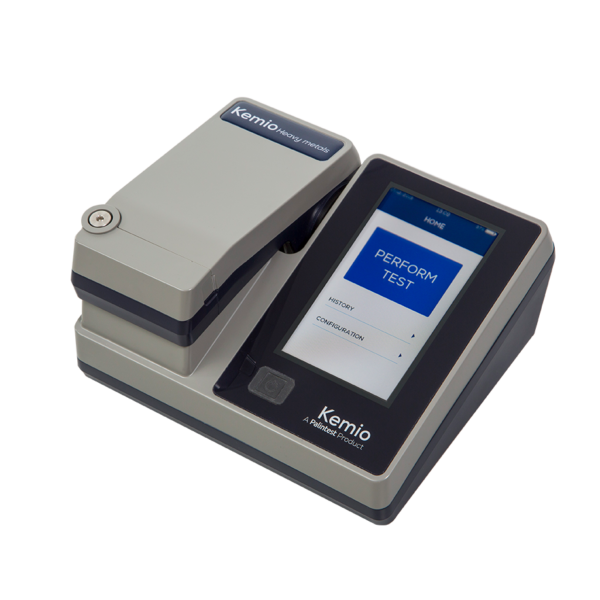 Canadian lead regulations and how to comply

Protect against lead and cadmium contamination with Kemio™ Heavy Metals